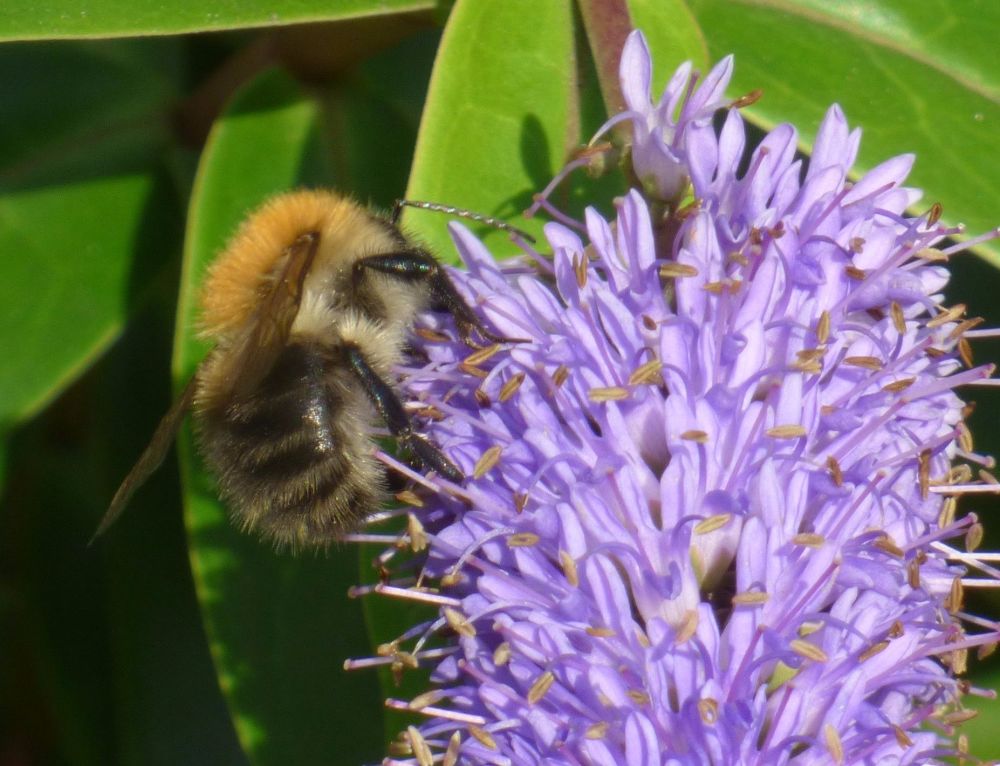 I often get asked what happens to the bees in winter so now seems a good time for a blog about just that.

The answer is - it depends on which type of bee it is.

It is often assumed bees hibernate during the winter months and that is true of solitary bees and bumble bees.

Towards the end of the summer months bumble bee colonies will switch from producing workers to producing drones (males) and then new queens.  These will mate.  The new queens need to feed to build up their fat reserves ready for hibernation.  They will then look for a suitable nesting site, usually north facing so they won't be fooled into emerging too soon by the warmth of the sun shining on the nest on a sunny winter day.  The old nests and drones will die.  The new queens will emerge next spring to start the cycle again.

Photo:  Stocking up on ivy, ready for the winter 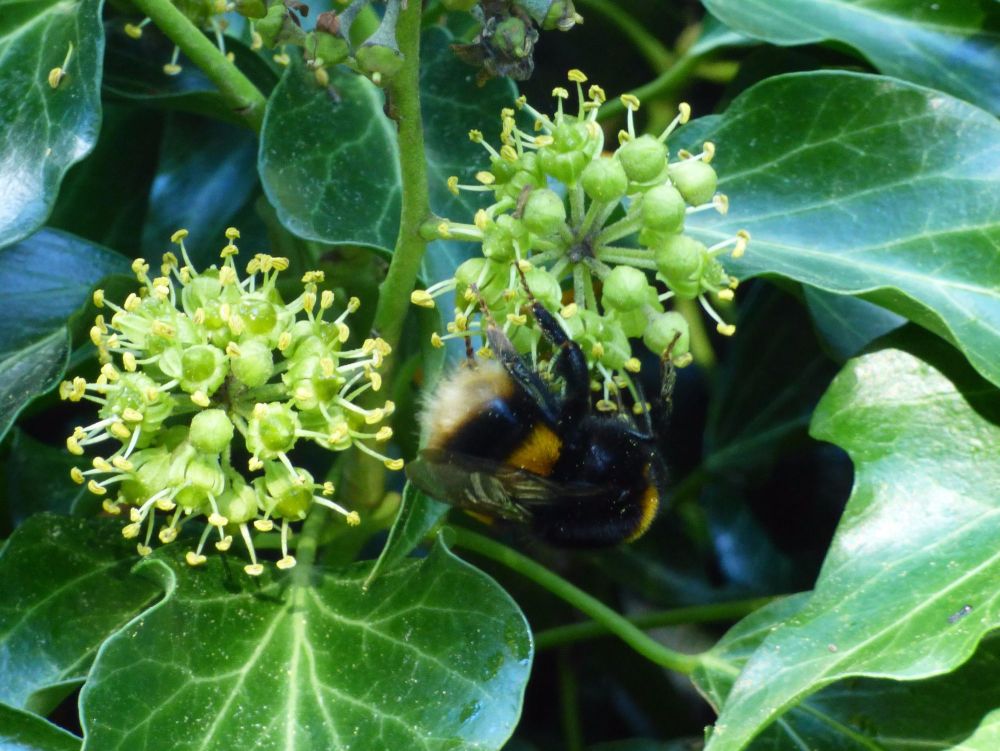 Honeybees however don't hibernate although they do, for the most part, remain in the hive.  During the late summer the queen's rate of lay will drop.  As more of the older workers die than new ones are being produced the number of bees in the colony will drop.  In the autumn, the workers will decide the drones are now "surplus to requirements" and there will come a day when all the drones are summarily evicted from the hive.  These drones will perish from starvation or cold.  The colony continues to reduce in size until the numbers reach about 10,000.

Photo:  Honey bees stocking up on pollen ready for the winter 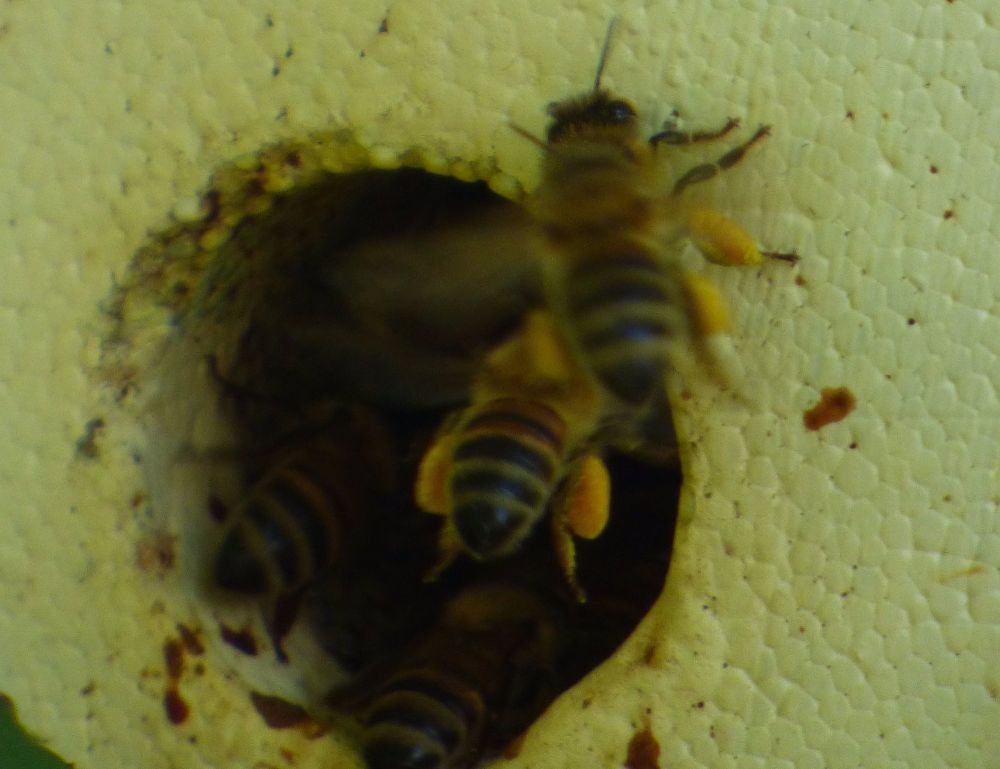 As the weather gets colder the bees will cluster together around the queen and any brood.  The bees on the outside of the cluster will "lock" their wings and vibrate their flight muscles.  This generates heat and the temperature of the colony can be maintained.  As the bees on the outside chill they are replaced by warmer bees from the middle of the cluster.  The colder the weather the tighter the bees will cluster.

During the winter months honey bees will occasionally fly if it is warm enough.  Often on a sunny day honey bees can be seen collecting water.  They will use this to dilute the honey.  Honey bees need approximately 40 pound of honey to see them through the winter.

The warmer winters we've experienced recently has affected bees.  Some of the buff tail bumble bee queens don't go into hibernation at the end of the summer months, but instead choose to establish a nest.  If these nests are successful, in the spring they will produce new queens around the time the hibernating queens emerge.  Its therefore really important to provide as much winter forage as possible for the bees.  Mahonia is a fabulous choice as it continues to flower throughout the winter and will be one of the few sources of food available to bees. 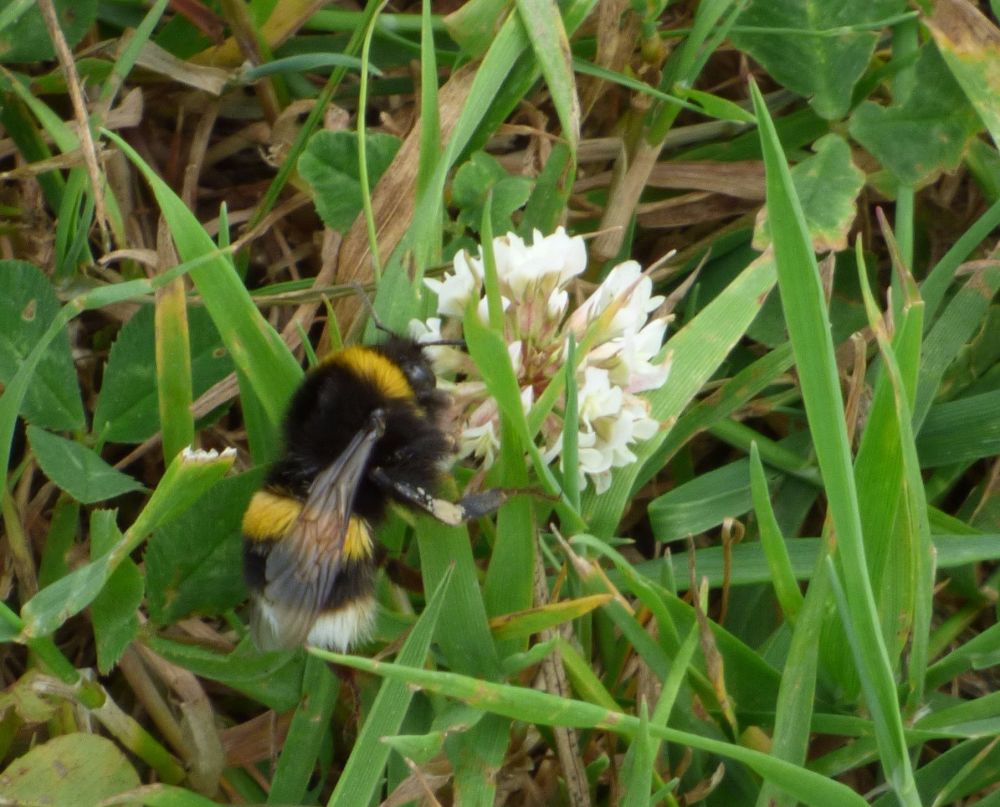